The huge city of Cape Town, South Africa (far bigger than Chicago) is about to entirely run out of water as all their 7 water reservoirs go dry. Extreme Conservation efforts seem to be helping. The safe municipal water for their 3.7 million residents is expected to soon be gone.


A hundred gallon barrel can be filled with excellent water in the Zambezi River (Africa's fourth largest River), in either Zimbabwe or Zambia. Then that 800-pound barrel could be inserted into a large pneumatic tube, and handled like it is a giant version of the canisters that drive-through banks use to transfer papers and money. The barrels would be accelerated up to exactly 200.0 mph, with a computer on board each to maintain that exact speed, inside a very long, very straight standard three-foot diameter reinforced concrete culvert (resembling a sewer). Similar to the US Alyeska crude oil pipeline, an aircraft jet engine can produce a 230-mph tailwind behind the barrels. Each barrel of water would "fly" inside the culvert by a process called Bernoulli Lift so they would rarely even touch any of the culvert walls, 1,200 miles (or 1,900 km) in about six hours after leaving the Zambezi River to arrive at Cape Town, South Africa. The three-foot-diameter, two-foot-long barrels can be 10 feet apart, so 30 barrels can pass every second, or 1800 barrels every minute or 108,000 barrels every hour. That is 10,800,000 gallons of water every hour or as many as 250,000,000 gallons of pure water every day. 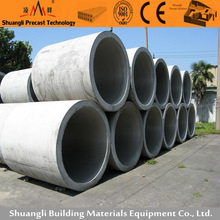 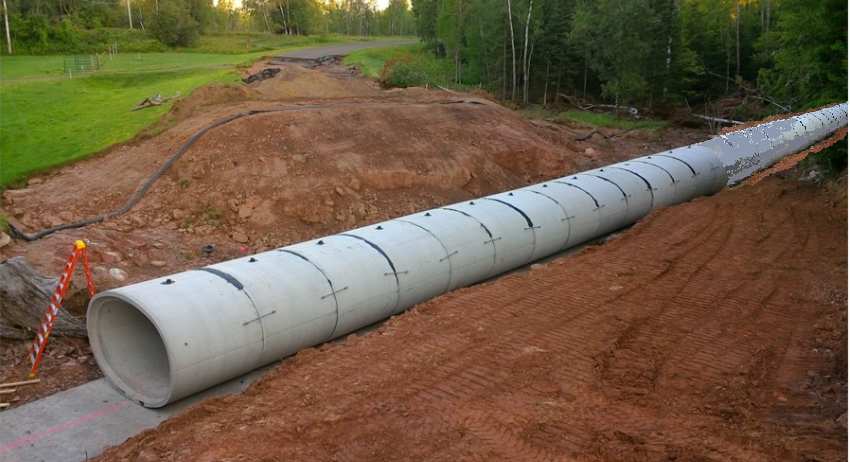 This TRANS system was invented, designed, and engineered to be a very safe, very high-speed, driverless method of both transportation and freight. In this critical case, it is clear that the people in Cape Town, South Africa, have an urgent need for a variation of this technology to supply safe water for their 3.7 million residents.

This TRANS technology was just described as being able to supply 10,800,000 gallons of water every hour, which would easily exceed their dreams, by a factor of five or better.

As the culverts are placed, a standard laser beam is used to make sure that the tube is exactly straight. The included computer in each barrel allows a slight amount of air to pass above the barrel in the culvert, so each barrel actually "flies" by a scientific process called Bernoulli Lift. This greatly minimizes any friction or drag to ensure that all of the thousands of barrels are always traveling at the same speed.

Each barrel contains 100 gallons of water, which weighs about 800 pounds. Between every two barrels in the sealed concrete tube is a TRAPPED CUSHION OF AIR! If the rear barrel tried to approach the front one that cushion of air would slow down the rear vehicle and speed up the forward one. Even in the event that the two vehicles could ever come into contact, the speed differential would be a gentle thump at most!

We arrange for the vehicle to be surrounded by a continuous tube, with really fast moving air passing through it, to create and get maximum benefit from the tailwind effect. A 230-mph tailwind would be excellent. Every water barrel would travel at always exactly 200.0 mph, without even having an engine!

Here is an animation showing (transparent) concrete culvert tubes with these barrels traveling through them. Try to imagine them being large three-foot diameter concrete tubes, with the water barrels passing through them at exactly 200.0 mph.

At maximum water flow rate, there might be two-foot-long barrels with roughly eight-foot spaces between each, and each is filled with 800 pounds of clean water, moving 300 feet every second. (this is over 720 tons per minute mass flow rate.)

Two hundred construction crews, with bulldozers and cranes, should be able to install the entire thousand-miles of the culverts (which is about a million sections) in three weeks of work.

There seem to be two other alternatives to get Zambezi River to Cape Town. Here are two obvious possibilities, each describing a comparable amount of water supply for Cape Town, 10,800,000 gallons of water every hour.

A railroad already exists that goes roughly from the Lake Kariba of the Zambezi River toward Cape Town. If 200 tanker-cars are cleaned out and coupled into a two-mile long water-carrying freight train, such a train could carry about 4 million gallons of water. At 60 mph, the trip would take about 20 hours. Fifty such trains could carry around 10 millions of gallons of water per hour. Such two-mile-long trains would have to pass every 24 minutes (forever) (not counting some way to return all those empty tanker cars to the Zambezi to refill, which would also involve 20-hour rail journeys the other way, also at 60 mph.

The region between the Zambezi and Cape Town is relatively flat, with no mountains. A three-lane-highway might be built for that 1200 miles. Around 40,000 tanker trucks could drive up and down that new highway, continuously. Each truck would carry 5,000 gallons of water and 40,000 of the trucks would constantly drive at 60 mph in both directions. The southward, filled trucks could deliver the same 10 million gallons of water every hour or 250 million gallons everyday. The trucks would need to be spaced every 300 feet or so, with lots of spare drivers for the 20 hour trip. These alternatives could achieve supplying Cape Town with plenty of water, but the cost for all the diesel fuel and for all the drivers' wages and vehicle maintenance would be significant. The TRANS approach seems far more economical, fast and efficient.


Automotive-related presentations in this Domain